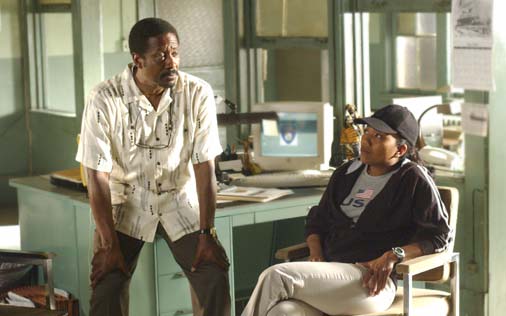 “The world is a smaller place now.” – The Greek

If you want to leave us a 60 seconds or less burner message, record using your favourite voice recorder app and email it to burner@theWireStripped.com or Whatsapp voice memo on our burner phone 📞+447534 831 658

The Sobotka detail are disappointed by the lack of activity and realise that the dock workers have shifted their pattern.

Nick gets into the heroin game with Vondas.

Bodie and crew are in a shootout on their new drug corner that results in the death of a child.

Major Howard “Bunny” Colvin and Rawls arrive at the scene and start a huge scale effort to round up drug dealers. Colvin disapproves.

Stringer meets with Prop Joe behind Avon’s back to try and get a cut of “the good stuff” in exchange for some West side territory. Avon complicates Stringer’s plan by hiring hitman Brother Mouzone to drive off Prop Joe’s crew.

Theme tune by Sam and Martin from Song by